The ballet is based on the Russian folk tale of the Firebird, which Igor Stravinsky used as inspiration in his score. The Firebird ballet tells the story of Prince Ivan who defeats the evil Kastchei with the help of the Firebird, who offers one of her enchanted feathers to Prince Ivan after he spares her life while hunting in the forest. The feather is later used by Prince Ivan to summon the Firebird when he needs her help as Kastchei’s creatures chase after him. The Firebird’s magic makes Kastchei and his creatures fall into a deep sleep so that Prince Ivan can destroy the egg that contains Kastchei’s immortal soul, freeing everyone under his spell including 13 princesses, one of whom Prince Ivan falls in love with.

Stravinsky was not first choice for Sergei Diaghilev, the director of Ballets Russes, a Paris-based ballet company, to compose the music for the ballet. Diaghilev’s first choice was Anatoly Lyadov, known for his orchestral piece The Enchanted Lake. It is rumored Lyadov had “composer’s block” and was unable to write any music for The Firebird; however, it is unconfirmed whether Lyadov accepted the task of composing the music in the first place. In the end, it was the 28-year-old Stravinsky who completed the task. The Firebird premiered in 1910, performed at the Paris Opera by the Ballets Russes, and was choreographed by Michel Fokine. The Firebird’s popularity marked the first international success of Stravinsky’s career, and today The Firebird continues to be performed as a ballet and as a standalone orchestral suite. 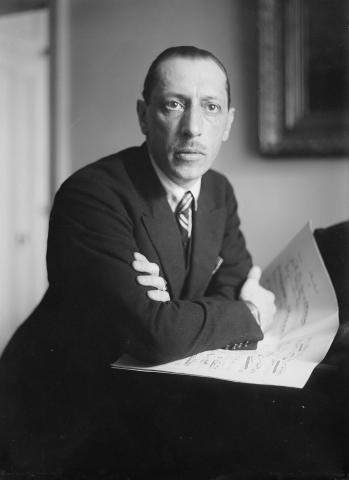