William Grant Still was a pioneering African-American composer, and his Festive Overture was named the winner of a 1944 overture competition sponsored by the Cincinnati Symphony. Our belated celebration of the 250th birthday of Ludwig van Beethoven features his iconic Ninth Symphony, whose final movement’s “Ode to Joy” sings of the brotherhood of mankind. The ESO will be joined by the North Shore Choral Society and four stellar vocal soloists in this sublime work. 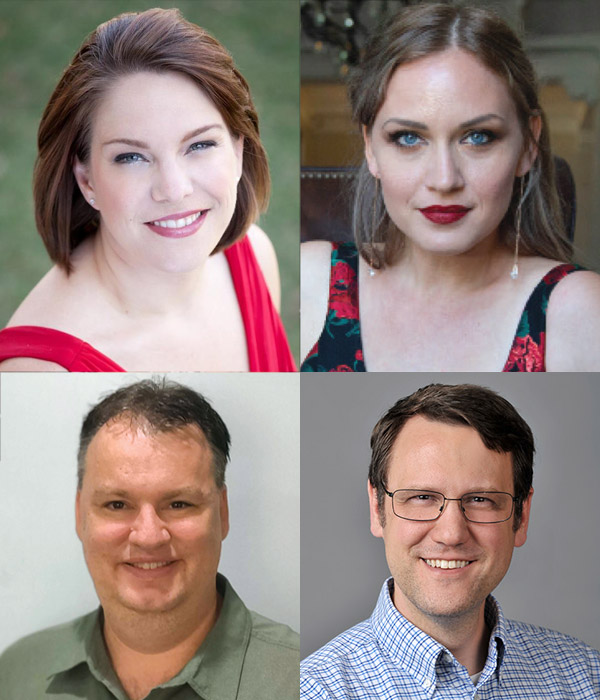 Meet our soloist, Ola Rafalo, at Musical Insights. She and our Maestro Lawrence Eckerling and David Ellis will explore the concert program in depth.

In 1944 the Cincinnati Symphony Orchestra (CSO) marked the occasion of its 50th anniversary by sponsoring a nationwide competition for “Best Overture.” More than 39 American composers composed overtures: the winning entry was the Festive Overture by William Grant Still. Still was already well established as a composer with three Guggenheim Fellowships and two symphonies, the first of which, his famous “Afro-American Symphony” remains his most enduring addition to the repertory. Still eventually composed five symphonies and nine operas; his Troubled Island was the first opera by an African-American to be performed by a major company (the New York City Opera).

The Festive Overture is scored for a large orchestra, and was described by CSO Music Director Eugene Goosens: “It bespeaks the pride of the composer in his native land, the warmth of the American people, and the grandeur of Scenic America.”

Beethoven composed his first eight symphonies in the 12 years between 1800 and 1812. The next 12 years resulted in only one more symphony, the Ninth, or “Choral” Symphony, which was premiered to great audience acclaim on May 7, 1824. About 70 minutes in duration, it was the longest symphony composed up to that time, and retained this distinction for the next 70 years (until the premiere of Mahler’s Second). This was the first symphony to add chorus and vocal soloists to the symphonic form; and it was Beethoven’s first to use four horns rather than the normal two, as well as bass drum, cymbals, and triangle.

The Ninth is one of only two symphonies by Beethoven in a minor key (the other is the Fifth Symphony in C Minor), and they share a similar narrative plot: the journey from darkness to light, or the triumph of good over evil, expressed through the eventual movement from the Minor mode to the Major. In the Ninth, D Major is finally attained (other than in brief passages) only with the vocal statement of the well known theme of the “Ode to Joy” in the final movement.

I. Allegro ma non troppo, un poco maestoso. The symphony begins with a haze in the strings, leading to a titanic statement of the principal theme in D Minor, an opening which greatly influenced many future symphonies. The contrasting second theme, in the key of B Flat Major, is scored for the woodwinds plus horns and the strings. A third theme featuring trumpets and drums concludes the exposition section, which, due to its length, is not repeated (unlike that of any of Beethoven’s other symphonies).

The development section, approximately equal in length to the exposition, culminates in the shattering return of the opening theme over a prolonged timpani roll, fortissimo. This recapitulation begins in D Major, rather than the key of D Minor expected by normal practice in a Classical symphony. However, the D Major does not last, even though the second theme also returns in D Major, and the movement eventually ends in a funeral-march like D Minor.

II.Molto vivace. In yet another innovation, Beethoven reverses the normal order of the scherzo movement and the slow movement. The opening may be immediately recognizable due to its use as the theme for a television news program, and timpanist enjoys a major solo role. The key remains in D Minor, with the exception of the D Major of the contrasting “Trio” section, scored primarily for woodwinds and horns.

III. Adagio molto e cantabile. This beautiful and profound slow movement alternates and develops two expressive themes, the first in B Flat Major and the second in D Major. The return of the first theme in B Flat is among the most glorious passages in all of music. This return is prefaced by (yet another distinction of the Ninth) the most famous solo for the fourth horn in the symphonic repertoire.

The calm of the close of the third movement is shattered by an extremely dissonant orchestral outburst, marking the return of the dark D Minor key. The main themes of each of the three preceding movements are briefly recalled, but each is dismissed by “recitatives” on the lower strings. Finally the strings steal in with the “joy” theme, followed by the other instruments and building to an exultant D Major statement of the theme. The dissonant D Minor outburst returns, leading to the entry of the voices. (The German texts, with English translation, are shown below, with the commentary interwoven prior to the portion of the words described.)

The bass enters with a recitative analogous to the those played by the lower strings at the beginning of the movement. The key changes to D Major on the word “Freude”:

The soloists and the chorus state the main “Joy” theme, followed by several verses of development. The climax of this section is reached with the words “Vor Gott.”

The key of B Flat returns for this important tenor solo, accompanied by the “Turkish” percussion (cymbals, bass drum, triangle), and then by the men of the chorus. This section is similar to a scherzo movement of a symphony..

A purely orchestral development passage leads to a powerful D Major restatement of the “Joy” theme, using the words of the first verse.

The words “Seid umschlungen” now introduce an important secondary theme, in the contrasting key of B Flat:

Beethoven now combines the two principal sentiments of the “Ode” into a double fugue, in which continually shifting sections of the chorus sing the “Seid umschlungen” verse simultaneously with the “Freude, schöner Götterfunken” verse.

The basses introduce a reaffirmation of the words about the “loving Father.”

The coda begins with the four soloists, subsequently joined by the chorus, and then the tempo slows for a vocal cadenza for all four soloists.

Chorus and orchestra join in a final exhortation of joy with a tempo marking of Prestissimo, meaning “as fast as possible.”