Details about the cancellation for our ticket holders will be posted here as information becomes available.

Tchaikovsky’s Fourth Symphony is among his greatest works, and combines festive Russian folk tunes with a hidden program based upon Beethoven’s Fifth Symphony and the struggle against fate. Irina Muresanu returns to the ESO in one of Prokofiev’s most lyrical inspirations, the Second Violin Concerto, which was composed while he was also working on his great ballet Romeo and Juliet. Khachaturian was Armenia’s most important composer; his Gayane is a full three act ballet highlighted by its “Sabre Dance.” 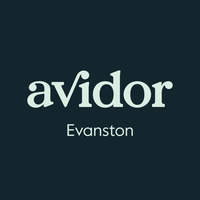 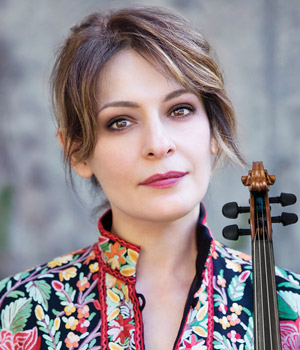 Internationally renowned Romanian violinist Irina Muresanu continues to stretch the boundaries of classical music. A sought-after soloist and chamber musician who has appeared throughout the United States, Canada, Europe, Asia and South Africa, Ms. Muresanu has also developed a reputation as a compelling and elegant interpreter in the contemporary music world.

Ms. Muresanu begins the 2019-20 season with a performance of “Four Strings Around the World,” her acclaimed multi-media program of global resonance celebrating the diversity of cultures through the unifying voice of the solo violin, at the Romanian Embassy in Washington, DC. Begun in 2013, “Four Strings Around the World” has evolved not only into a touring program and VR (Virtual Reality) project but was also released as a solo violin CD in 2018 by the Grammy-nominated Sono Luminus label. It features such renowned works as Niccolò Paganini's Caprice No. 24 and J.S. Bach's Chaconne in D minor, and also includes newly commissioned works from composers worldwide, including Indian composer Shirish Korde and Native American composer Jerod ‘Impichchaachaaha’ Tate.

An avid performer of new music, Ms. Muresanu has recorded for such respected labels as BMOP, Avie, Centaur, Albany and AR RE-SE. Among the works she has recorded are Thomas Oboe Lee’s Violin Concerto (dedicated to Ms. Muresanu), works by Elena Reuhr, the complete William Bolcom sonatas, the Guillaume Lekeu and Alberic Magnard late Romantic Violin and Piano Sonatas, and the world premiere recording of Marion Bauer’s Sonata for Violin and Piano.

holds a prestigious Artist Diploma degree and a Doctor in Musical Arts degree from the New England Conservatory and is an Associate Professor at the University of Maryland. She plays an 1849 Giuseppe Rocca violin with an Etienne Pajeot bow.

Irina Muresanu and the ESO in Tchaikovsky's Violin Concerto.

Irina Muresanu plays the 2nd movement of the Prokofiev Violin Concerto No. 2.

The finale of Tchaikovsky's 4th Symphony with Daniel Barenboim and the Chicago Symphony in Carnegie Hall in 1997.

ARMENIA’S NATIONAL BALLET. Aram Khachaturian is generally regarded as the greatest composer in the history of Armenia. This despite the fact that he was born in Tiflis (now Tbilisi) Georgia, he never lived in Armenia, he spoke Russian as his first language, and he moved to Moscow when he was 18 years old. But his parents were Armenian and his music reflects the national characteristics of Armenian music as well as that of other regional musics. Khachaturian first gained fame with his Piano Concerto (1936) and Violin Concerto (1940), which was premiered by David Oistrakh. But he is principally renowned for his ballets: Gayane (1942) and Spartacus (1956). The four dances played on today’s program are drawn from two of the three suites which Khachaturian assembled in 1943, and they reflect the official Soviet policy at the time of encouraging diverse folk cultures. Thus the “Gopak” is a Ukrainian dance while the “Sabre Dance”, Khachaturian’s “greatest hit”, is more typical of Armenian folk music.

A CONCERTO LINKED TO A BALLET. Prokofiev fled Russia in 1918 due to the Communist Revolution and supported himself as a pianist and composer for a number of years, primarily in the U.S. and in France. However, he eventually tired of this peripatetic existence, and as he told his son Sviatoslav “I didn’t like to be Russian composer No. 2 in Europe after Stravinsky, and No. 2 in the U.S. after Rachmaninoff. I liked to be No. 1 and that’s why I chose Soviet Russia.” Prokofiev also had begun discussions with the Kirov to compose a full-length ballet to the story of Romeo and Juliet, which would become his Opus 64 and his greatest ballet. He also received a commission for a new violin concerto, his final western European composition, which became his Opus 63. Scholarly study of his sketchbooks has revealed the extent to which the violin concerto and the ballet shared themes and their general affects.

The concerto is composed for a relatively small orchestra of pairs of winds, including horns and trumpets, and a large variety of percussion instruments with a single player.

I.Allegro moderato. The solo violin states the rather dark main theme prior to the entrance of the orchestra. The extremely lyrical second theme could easily serve as love music in the Romeo and Juliet ballet.

II.Andante assai. A rising three note figure in theclarinets prepares for the soloist to enter with another flight of lyricism reminiscent of Romeo and Juliet. A faster section with lower dynamics provides contrast, and this quicker music then alternates with the lyrical melody.

III.Allegro: ben marcato. The finale is typical of what Prokofiev referred to as his “motoric” style. The percussion, particularly the bass drum and castanets, play a leading role as the concerto builds to a tumultuous close.

TCHAIKOVSKY’S ANSWER TO BEETHOVEN’S FIFTH.  Tchaikovsky was among the most versatile of the great composers. Richard Taruskin’s Oxford History of Western Music states that Tchaikovsky “was surely the only major composer of the nineteenth century to be equally known for his symphonies and his ballets…and to be adjudged an outstanding producer of both.” Tchaikovsky also composed 10 operas, chamber music, solo piano pieces and choral works, many of very high quality. The year 1877 was among the most important in Tchaikovsky’s career: it included the premiere of the Swan Lake ballet and composition of both the Fourth Symphony and the opera Eugene Onegin, all masterpieces of the highest order in their respective genres. In that same year he married, split up, and gained a benefactress, Nadezhda von Meck, who supported financially his composing beginning with the Fourth Symphony.

The Fourth Symphony is notable for its inner narrative, which led Tchaikovsky to write two different explanations for its purported “program”. One was a long letter to von Meck explaining “our symphony”; it will be quoted in part below. The more interesting description came in a reply to a former student, Sergei Taneyev, who had hinted at a secret program:

“In reality my work is a reflection of Beethoven’s Fifth Symphony. I have not of course copied Beethoven’s musical content, only borrowed the central idea.”

This central idea to which he refers is that of man’s struggle against fate and winning through to a hard fought triumph.

I. Andante sostenuto- Moderato (in movimento di Valse) The opening brass fanfare in F Minor represents “Fate, the force of destiny…which hangs like the sword of Damocles over our heads”. This “motto” denotes the starts of the exposition, development, recapitulation, and  coda in this movement, and also returns in the finale. The exposition includes three themes, the first of which is in a waltz tempo, which contrasts with the polonaise rhythm of the fanfare “motto”. The juxtaposition of waltz and polonaise is also found in Swan Lake and Eugene Onegin.

II. Andantino in modo di canzona. The slow movement (B Flat Minor) “expresses a different aspect of sorrow, that melancholy feeling that arises in the evening as you sit alone, worn out from your labors. You’ve picked up a book, but it has fallen from your hands.”

III. Scherzo (Pizzicato ostinato): Allegro This F Major scherzo is a tour de force for the different groups of the orchestra: first pizzicato strings, then the woodwinds, and then the brass. “These are completely unrelated images that pass through one’s head as one is about to fall asleep.”

IV. Finale: Allegro con fuoco. This F Major finale of folk festivity adds the cymbals, bass drum and triangle for the first time. The grand opening flourish quickly gives way to the second theme, a Russian folk song “In the Fields a Birch Tree Stood.” The two themes alternate and at the peak of development of the “Birch Tree” the “motto” theme of Fate returns. But nothing can deter the festivities and the triumph of F Major. “Never say that all the world is sad. You have only yourself to blame. There are joys, strong though simple. Why not rejoice through the joys of others? One can live that way, after all.”