Tchaikovsky’s Fourth Symphony is among his greatest works, and combines festive Russian folk tunes with a hidden program based upon Beethoven’s Fifth Symphony and the struggle against fate. This symphony is fittingly preceded by the sunny 23rd piano concerto of Tchaikovsky’s favorite composer, Mozart, which features the ESO debut of rising star Hyejin Joo. Ludwig van Beethoven’s delayed birthday celebration continues with his overture to Egmont, which celebrates a Dutch patriotic hero. 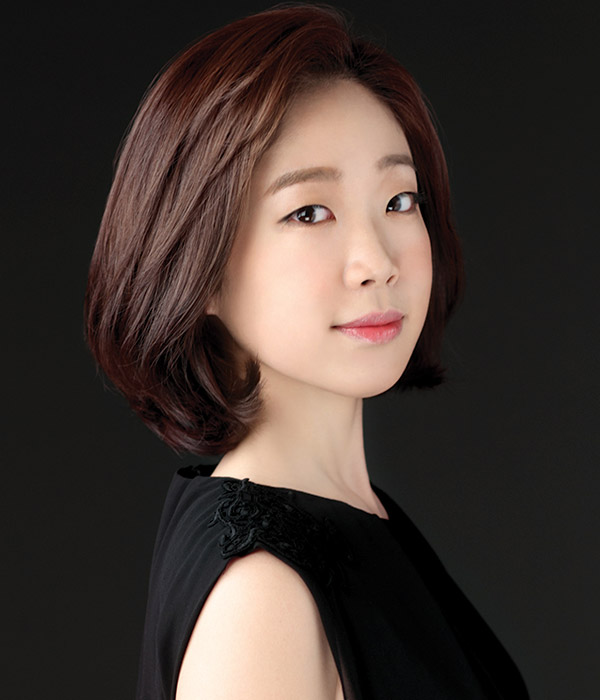 Joo earned her Bachelor of Music degree from Seoul National University, receiving a prestigious scholarship for selected top students and was granted the position of Associate Instructor upon entering Indiana University. She received her Master of Music degree and Performer Diploma there with a full scholarship under the tutelage of Arnaldo Cohen. Most recently she earned a doctorate at Northwestern University with program honors.

She has performed at the Banff Centre, Benaroya Hall, Chautauqua Fletcher Hall, St. Petersburg (Florida) Art Museum, University of Wisconsin-Whitewater, Gilmore Masterclass Series, Palais Altenstein, Schloss Hallenburg in Germany and at various venues in the Chicago area. Hyejin performed with the Northwestern Symphony Orchestra as the winner of the annual Concerto/Aria competition and was invited to perform with the Bienen String Orchestra, both under the baton of Maestro Victor Yampolsky. She was also the featured soloist in the opening concert of the 67th Peninsula Music Festival in Door County, Wisconsin. She performs actively in the Chicago area both as a soloist and a collaborative pianist.

Meet our soloist, Hyejin Joo, at Musical Insights. She and our Maestro Lawrence Eckerling and David Ellis will explore the concert program in depth.

The concert opens with one of Beethoven’s final “heroic” works, the Overture to his incidental music for a production of Goethe’s play Egmont. Beethoven composed about 45 minutes of short interludes and songs for a Vienna production of Egmont in 1809/1810, eight minutes of which are occupied by the overture. Count Egmont was a Dutch patriot of the sixteenth century who led a failed revolt against the Spanish occupiers of the Netherlands. His execution near the end of the play is followed by what Goethe specified as a “Victory Symphony,” which forecasts the eventual triumph of the Netherlanders over the Spanish. Beethoven uses this Victory Symphony music, in the key of F Major, as the coda which concludes the stormy overture, which is otherwise in the gloomy key of F Minor. In the words of Burnham in his chapter on Egmont,

“… there is no closure in music quite like that of the Beethovenian coda.”

A MAJOR CONCERTO. Today’s concerto is one of only three of Mozart’s 21 concerti for solo piano to include the clarinets in their scoring; this A Major Concerto is the middle of the three in chronological order. The omission of oboes , trumpets and timpani adds to the prominence of the two clarinets, one flute, two bassoons and two horns which comprise the wind band of this concerto. The natural key of the clarinet is A Major, which is also the key of Mozart’s Clainet Concerto and Clarinet Quintet.

I. Allegro. This serene and sunny movement is composed in the standard “sonata form” of the classical concerto, with an exposition by the orchestra followed by the soloist’s exposition, a short development, and a recapitulation. Mozart composed a cadenza, the piano solo close to the end of the movement, and that cadenza is played in this performance.

II. Adagio. This remarkable slow movement is the heart of the work, the only movement by Mozart in the key of F Sharp Minor. The opening solo piano melody possesses an operatic quality, possibly due to its contemporaneous composition with The Marriage of Figaro.

III. Allegro assai. The infectious finale returns to the “sunny” key of A Major. Its form is that of the rondo, with a profusion of propulsive melodies alternating rapidly one after another.

TCHAIKOVSKY’S ANSWER TO BEETHOVEN’S FIFTH. Tchaikovsky was among the most versatile of the great composers. Richard Taruskin’s Oxford History of Western Music states that Tchaikovsky “was surely the only major composer of the nineteenth century to be equally known for his symphonies and his ballets…and to be adjudged an outstanding producer of both.” Tchaikovsky also composed 10 operas, chamber music, solo piano pieces and choral works, many of very high quality. The year 1877 was among the most important in Tchaikovsky’s career: it included the premiere of the Swan Lake ballet and composition of both the Fourth Symphony and the opera Eugene Onegin, all masterpieces of the highest order in their respective genres. In that same year he married, split up, and gained a benefactress, Nadezhda von Meck, who supported financially his composing beginning with the Fourth Symphony.

The Fourth Symphony is notable for its inner narrative, which led Tchaikovsky to write two different explanations for its purported “program.” One was a long letter to von Meck explaining “our symphony;” it will be quoted in part below. The more interesting description came in a reply to a former student, Sergei Taneyev, who had hinted at a secret program: “In reality my work is a reflection of Beethoven’s Fifth Symphony. I have not of course copied Beethoven’s musical content, only borrowed the central idea.”

This central idea to which he refers is that of man’s struggle against fate and winning through to a hard fought triumph.

I. Andante sostenuto- Moderato (in movimento di Valse) The opening brass fanfare in F Minor represents “Fate, the force of destiny…which hangs like the sword of Damocles over our heads.” This “motto” denotes the starts of the exposition, development, recapitulation, and  coda in this movement, and also returns in the finale. The exposition includes three themes, the first of which is in a waltz tempo, which contrasts with the polonaise rhythm of the fanfare “motto.” The juxtaposition of waltz and polonaise is also found in Swan Lake and Eugene Onegin.

II. Andantino in modo di canzona. The slow movement (B Flat Minor) “expresses a different aspect of sorrow, that melancholy feeling that arises in the evening as you sit alone, worn out from your labors. You’ve picked up a book, but it has fallen from your hands.”

III. Scherzo (Pizzicato ostinato): Allegro This F Major scherzo is a tour de force for the different groups of the orchestra: first pizzicato strings, then the woodwinds, and then the brass. “These are completely unrelated images that pass through one’s head as one is about to fall asleep.”

IV. Finale: Allegro con fuoco. This F Major finale of folk festivity adds the cymbals, bass drum and triangle for the first time. The grand opening flourish quickly gives way to the second theme, a Russian folk song “In the Fields a Birch Tree Stood.” The two themes alternate and at the peak of development of the “Birch Tree” the “motto” theme of Fate returns. But nothing can deter the festivities and the triumph of F Major. “Never say that all the world is sad. You have only yourself to blame. There are joys, strong though simple. Why not rejoice through the joys of others? One can live that way, after all.”